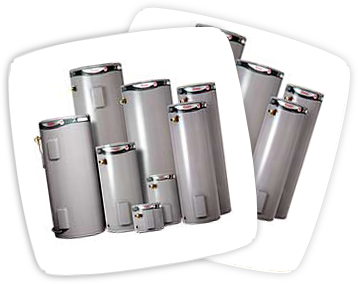 Press Release from QLD Building Codes on 4th February 2013:
‘To advice that from 1 February 2013, laws mandating the installation of energy efficient hot water systems, rainwater tanks and other water saving systems have been repealed.’
(www.hpw.qld.gov.au – 05/02/2013)

Press Release from QLD Building Codes on 4th February 2013: ‘To advice that from 1 February 2013, laws mandating the installation of energy efficient hot water systems, rainwater tanks and other water saving systems have been repealed.’ (www.hpw.qld.gov.au – 05/02/2013) Our struggling industry has been dealt another blow by the QLD government who have just made official the repeal of the laws mandating the installation of energy efficient hot water systems, rainwater tanks and other saving systems in new builds. After enduring the rebate cut and the cancellation of phase 2 of the electric hot water phase out in 2012, the Solar Hot Water market is treading carefully against the better established, older and more traditional electric system. Many companies will be doing it tough over the next 12 months and this is because several key factors were over looked when the legislation was drawn up. The industry has reverted back to the same parameters that stood before rebates and legislation, with SHW being a very expensive alternative with long pay back periods. The original introduction of rebates and the electric phase out was to help Australia with its carbon footprint, electricity savings and reducing household running costs. There was two main products identified that could make a significant contribution to these aims, Solar Hot Water on the roof and Heat pumps. To aid with the additional costs and promotion of these products the government introduced a rebate scheme and an electric phase out. The rebates allowed these units to be given away, allowing the savings to be immediate. The introduction of the rebates made a significant difference to the number of units sold and the Solar/ heat Pump industry boomed. This was further helped by the introduction of the electric phase out. This legislation was aimed at gradually ridding the industry of the energy guzzling electric units. Phase one, all new homes must have energy efficient HWS and phase 2 was all replacements must be energy efficient units. This changed the landscape of the industry as builders and plumbers had to start looking at other units and could no longer replace like for like or go with the cheapest option. The introduction of these incentives (rebates) and law (legislation) increased sales dramatically from a few thousand to over a hundred thousand in a year. However, during these changes there were several oversights that created conflict and inevitably caused the roll back on the legislation and rebate cuts. Firstly, tariffs were not adapted to compliment the new energy efficient units. All energy efficient units were designed for either continuous or shoulder tariff in comparison to the electric systems that operated on off peak power. Therefore the energy savings were not reflected in the monetary savings, which was a major selling point for the energy efficient units. This was because, despite the lower energy usage, the cost of the energy hand increased dramatically from 8/9c per kwh to 20c per kwh and more, this left a lot of confused and angry customers. Secondly, the same products were rolled out nationally which had a dramatic effect on performance. The climate varies greatly across Australia and therefore products that are reliant on the climate will act accordingly. QLD is ideally located for both solar and heat pumps where as Vic has a lot cooler climate and will rely heavily on electric boosting, resulting in diminished savings. Further to this, each area has a very different infrastructure, such as Victoria with its comprehensive gas supply in comparison with QLD that has very little gas infrastructure and is expensive. The products face different competition in each area and in some case will have generated higher running cost than expected or less savings than expected. Finally the boost in sales forced the production rate to increase dramatically and the market became saturated with cheap and inefficient products. This lead to a lot of product failures in the market place and unsatisfied customers, which tarnished the industries reputation. These issues had a significant role to play in the legislation change and the cut on rebates, which has impacted the solar/ heat pump market. The market is now a level playing field for all units and each model will be judged on its merits and cost. The capital cost will play a significant role in the market direction in the immediate future. However, there have been developments in the way manufacturers are operating and how consumers purchase. The consumer, a lot better informed, educated and aware of the products and options around, has the opportunity to research through the internet to find the right solution. There are also government schemes (STC’s) still in action and new direct channels to market that help products compete on price. The industry is at a very interesting crossroad and one that can have a significant impact on the future of Australian households. Heat pumps are becoming more competitive and a viable option for many of Australians. JOINtheREVOLUTION By Simon Baird

Our dedicated staff are waiting to answer any questions you might have regarding Hydrotherm hot water systems. Please give us a call on our toll-free number or complete the enquiry form.

Our dedicated staff are waiting to answer any questions you might have regarding our Hydrotherm product.